Learning the Language of the Literature Review

A literature review - or more accurately, a review of the literature - is an integral part of every doctoral dissertation, and occasionally of a master's thesis (depending on the requirements of your department). It serves a distinct purpose in the context of the overall document ? namely, to survey and explain the available source materials on a narrowed topic. Occasionally you may be asked to write an annotated bibliography, listing references along with your relevant comments. But more generally, a review of the literature, as part of an extended research paper, compares published works on your topic, presents and discusses prevailing theories, and also discusses the specific contributions of various writers in your field.

Why write one, as part of your research project? For a number of excellent reasons! From your own point of view, a lit. review (the most common abbreviation) aids you in your survey of secondary sources, compelling you to sort through the mass of material before you and make some sense out of it all. Writing what is essentially an essay about who has gone before you in this research, and what they have discovered and contributed to the field, gives you a sense of wholeness about your project, allowing you to see quite accurately where your unique point of view fits into the whole. (In this way, people who enjoy genealogical research also grasp where they fit into the larger scheme of things.) Sometimes a lit. review can also suggest a new line of enquiry, a different angle, perhaps, than anything you might have considered before you began your research. In short, it tells you what has already been done so you will be assured that you're not providing old news.

From your reader's point of view, a lit. review provides assurance that you, the writer, have done the research necessary for a thorough understanding of the topic under examination. It alerts the reader to what has gone before, and permits the same situating of the topic as it has already done for the writer. And finally, should the reader want to know more about any given element of the topic, he or she will know what references to pursue.

All in all, a lit. review well serves both writer and reader.

There is only one problem: with rare exceptions, a lit. review is an amazingly dull document. Your challenge in writing one, therefore, is to minimize the dullness and maximize the interest. Here are several suggestions to accomplish this.

(A) It's often helpful to think of a lit. review as an informative conversation between colleagues. The conversation element encourages flow over stiffness. Imagine that your colleague is just as interested in the project as you are, and just as eager to know what has already been done.

(B) Decide in advance how you would prefer to organize your material. Your choice may depend in part on your field, as well as on your specific topic. Briefly, you could choose (1) chronological, which is simply a historical overview by date of previous research; (2) organizing the research by specific approaches to a question, noting perhaps that researchers A, B and C are in agreement on a positive view, while X, Y and Z tend to be negative (for example); a combination of the two, wherein you note chronological commentary but divide it into specific approaches. You may also discover other organizational schemes that will serve your purpose.

(C) Employ the same sentence structure variation that you use in your normal writing. Avoid using the same introductory style every time, and check your thesaurus for synonyms for the word "states" (as in critic Smith states that ...). Remember, in your imagination you are explaining all this to a colleague!

Following is an excerpt from a dissertation, written for a doctorate in English, dealing with a 19th century novelist named Wilkie Collies. I have abridged the passage somewhat, but it should serve as a reasonable model.

"Criticism of Collies in this century has been both broader-based and more specialized in its focus . ...the first major study of Collies ... to appear in this century is Walter C. Phillips'Dickens, Reade, and Collies, Sensations Novelists: A Study in the Conditions and Theories of Novel Writing in Victorian England (1919) to which certain portions of this present study are heavily indebted. Phillips discusses the historical influences which affected the interests of the Victorian sensationalists... Because of the broad focus of his analysis, Phillips is unable to examine closely the words of any one of the writers, but he synthesizes their theory and practice into a number of essential principles which serve as a necessary point of departure for further study. Most recent is Margaret Dalziel's Popular Fiction 100 Years Ago. Though Miss Dalziel deals specifically with Collies only briefly, she makes an important contribution to the understanding of the background of the era in that she describes the conventions, character types, situations, and standard incidences found in the romances and melodramas of the victorian sixpenny press... Her study makes possible... the measurement of Collies' achievement and provides the basis for an insight into the standard patterns of popular romance... A.E. Murch's The Development of the Detective Novel analyzes the contributions that Collies made ...to the evolution of that now highly conventional sub-genre... Finally, Richard Stang in The Theory of the Novel in England, 1850-1870 deals with Collies in the context of the numerous debates and crusades undertaken by mid-victorian novelists involving crucial issues in the practice of their craft..." (Thanks to J. Heldman's dissertation, Wilkie Collies and the Sensation Novel.)

Get the idea? This is a learned overview of the material you have to use if you are going to be and sound knowledgeable about your topic. You will need to write a lit. review just as carefully as any other part of your project.

This dissertation excerpt, however, illustrates only one possible approach. The writer has allowed other authors and their works to lead the discussion. In other words, the emphasis is on the scholarly literature related in some way to the topic of Wilkie Collins.

An equally useful way is to allow the material itself, rather than the literature, to lead, parenthetically citing the author or authors who produced the material. This particular method is most often used in scientific studies because it readily allows for a mingling of the lit. review with problem analysis. A happy result of such an approach is, first, evidence that others have found the topic sufficiently important to write about it, and second, a clear indication that the matter bears further investigation--namely, your work!

Below is an excerpt from a research proposal that follows this approach:

"Developmental sequences in both the horizontal and vertical jump are based on research on the standing long jump (Clark & Phillips, 1985; Hellebrandt et al.., 1961; Seefeldt et al.., 1972, cited in Gallahue, 1989; Wickstrom, 1983; Robertson, 1984; Robertson & Halverson, 1984). The one-footed takeoff is one salient characteristic of the earliest jump pattern and persists in some children well into their elementary school years (Robertson, 1984). The jumping motor patterns develop during the ages from two to seven years (Haubenstricker & Seefeldt, 1986)." (thanks to K. E. Corbett in Leedy & Ormrod, Practical Research.)

Of course, nothing says that you cannot combine these two approaches if it best serves your purpose. Occasionally, for example, you will encounter one particular name or work that is so central to the entire area of research that you simply must refer to it. In that case, you might decide to let the name lead the discussion, perhaps returning later to letting the material lead.

Whatever approach best serves your purpose, always keep in mind one fundamental truth: The literature you are discussing must be related to your central research problem. Keep that problem in front of your nose at all times, because everything else in the lit. review depends upon it. It is all too easy to get caught up in the literature to the point that you allow yourself to be drawn away from the very reason you are writing about it. Yes, what others have said is important. But your job is to synthesize the work of others and relate that material to your own work. Properly written with this principal as a guide, a good lit. review can actually contribute something new to the research on its own. 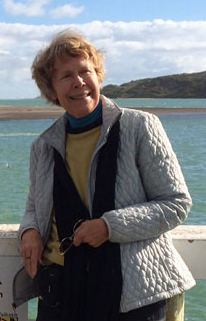